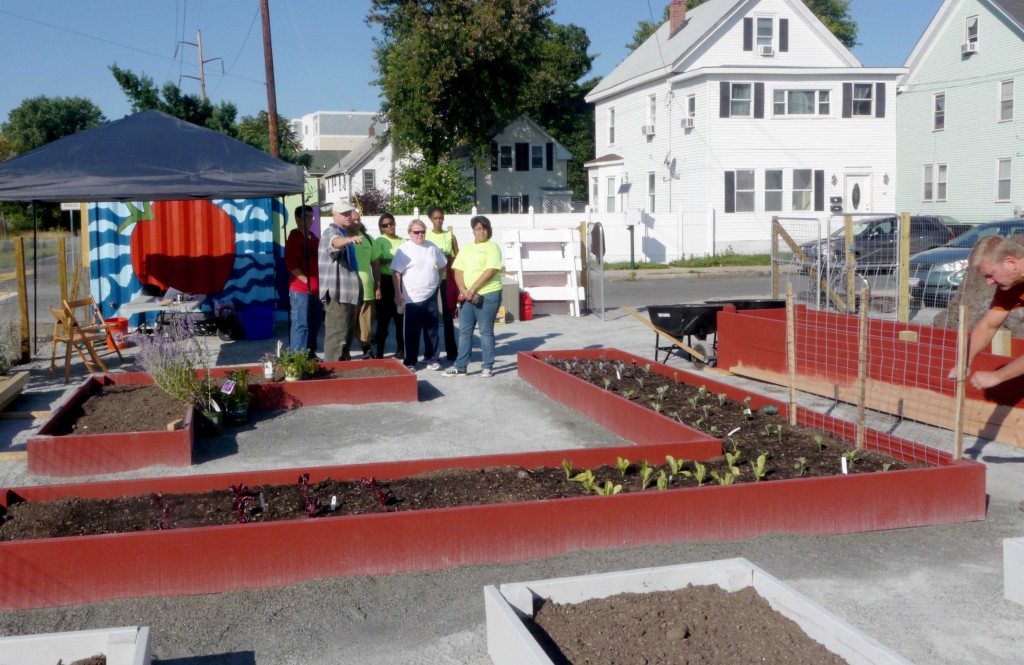 Progress in Revere and Other Communities

This video shows workers paving the trail in Revere in July.

Steady progress, increasing recognition, and several well-attended events marked yet another banner year for Bike to the Sea and the Northern Strand Community Trail.

2015 will be remembered for the year trail construction was completed in Revere, with this small, yet vital one mile segment providing the missing link to create 7½ miles of continuous off-road riding from Everett, through Malden, Revere, and Saugus, to the Lynn line.

Other memorable events this year included:

Everett
Development of the Wynn Resort and Casino on the Mystic River will inevitably be tied in with the extension of the path as a traffic mitigation measure.

The City has engaged the MBTA and DCR to explore an extension of the path using land on and alongside the MBTA Saugus Branch under the Revere Beach Parkway and along the MBTA Newburyport Line to reach the Mystic River and DCR’s existing path network.

The paved trail also continues to act as a catalyst for smart-growth development, with a large-scale 200-unit residential development nearing completion on Waters Avenue, providing direct access to the trail. Finally, the Everett Community Health Partnership added 15 community garden plots on Tremont Street near the Prescott Street gate. Representative Steven Ultrino of Malden worked to secure funding for these community gardens along the Strand. Check them out come springtime.

Malden
The city continues to promote the trail as a major community asset. Complementing the existing MBTA Orange Line, the trail is now attracting new residents drawn to car-free connections to adjacent cities and destinations.

Safety upgrades to Linden Square have shown Malden’s commitment to its residents through the successful deployment of rectangular rapid flashing beacons, making the Beach Street crossing much less stressful.

The Malden Community Garden between Faulkner and Bryant streets remains a hotbed of activity during growing season, creating a more green and sustainable city. Last but not least, the Community Preservation Act was officially adopted on November 3rd, potentially providing additional funds to improve the Strand.

The event also included the dedication of a bench in honor of Ginny and Bill Mullen of North Revere, long-term B2C members. The completion of the one mile North Revere section now completes a continuous trail leading from the Malden River waterfront in Everett along the Rumney Marsh in North Revere to the Saugus River Trestle Bridge near the Lynn line, where two years ago the DCR announced they would be dedicating over $100,000 to the construction of the North Revere segment.

This trail completion was truly a joint effort: Bike to the Sea led trail advocacy, community outreach, fundraising and trail building. City Departments including Community Development, Revere on the Move, DPW and the Conservation Commission coordinated closely with those efforts and took the lead in constructing the trail’s intersection at Salem Street.

Volunteers from Bike to the Sea, Overlook Ridge and the City helped prepare the trail and cover years of graffiti beneath the Route 1 overpass. DPW put the finishing touches on with striped crosswalks and signage. Special thanks: to Demaino’s Restaurant for hosting B2C’s annual meeting in November; and to trail abutter Tony Chianca for throwing a spectacular post ribbon-cutting party.

Saugus
The annual Fall Colors ride included the dedication of a bench near the Saugus River overlook to Jim Tozza, Bike to the Sea President and lifelong Saugus member.

In November, Tozza was honored at the State House for his dedication to building the Northern Strand Community Trail. Tozza received a proclamation from State Rep. RoseLee Vincent stating: “The Massachusetts House of Representatives offers its sincerest congratulations to Mr. James Tozza, in recognition of your commitment to the people of Saugus, Revere and beyond through your work with Bike to the Sea. The entire membership extends its very best wishes and expresses the hope for future good fortune and continued success in all endeavors.”

Lynn
Bike to the Sea continues to meet with local public officials and neighborhood advocates in laying the necessary groundwork for future developments.

Members joined Lynn residents to help with various improvements in the Neptune Street neighborhood. As part of this effort, B2C worked with the local community group “One Community – One Voice” led by neighborhood Lisa Wallace to re-build a retaining wall at the end of Neptune Street extension.

The wall serves to help hold up the embankment along the former Saugus Branch Railroad that serves as the future route of the Northern Strand Community Trail. This effort is inspired by past efforts in other communities that have built positive relationships, helping build support for creation of the trail.