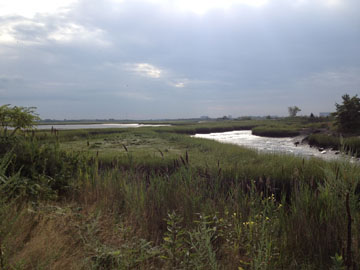 Revere’s public meeting on design work for the Northern Strand Community Trail has been rescheduled for Tuesday, Jan. 8 after being cancelled last month because of bad weather.

The meeting will start at 6 p.m. at the Revere Society for Cultural and Historic Preservation, 108 Beach St., in Revere. The public is encouraged to come and share ideas on how to make improvements to the trail.

This is part of a second round of public meetings on design work that were already held in Malden, Everett, and Saugus last month.

A second round of public meetings on design work for the Northern Strand Community Trail are scheduled in Malden, Everett, Revere, and Saugus.

In February the state announced it would award $1.5 million for design work, which includes design improvements for sections of the trail already open, as well as the long sought extension through Lynn. The funding will also be used to extend it in Everett through the Wynn Casino property where it will eventually connect to trails heading into Boston.

The meetings are being billed as “listening sessions” where city and state officials and members of the landscape/architect company, Brown, Richardson and Rowe, will hear from residents about their ideas on improving street crossings; creating wayfinding signs; and providing landscape amenities and seating.

The first round of public meetings on design work for the Northern Strand Community Trail were held in the spring.