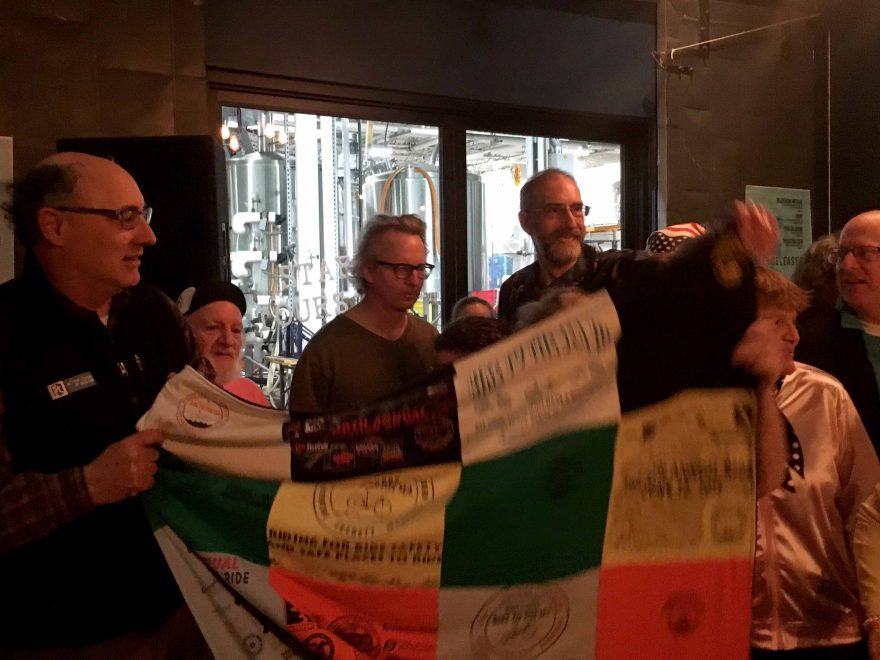 Steve Winslow was honored for founding Bike to the Sea more than 25 years ago at the group’s sock hop party at Night Shift Brewing Company in Everett earlier this month.

He was presented with a blanket made out of Bike to the Sea Day T-shirts which are given out to participants of the annual ride. This year’s ride is on Sunday, June 2.

Board members spoke about the vision Winslow, and his wife Helen, had for creating the Northern Strand Trail and the perseverance for getting it built.

The sock hop party on May 10 featured music played by the band, Random Acts.

(Above photo: Steve Winslow (far left) holds up the unique blanket he was given at the party at Night Shift Brewing Company.)