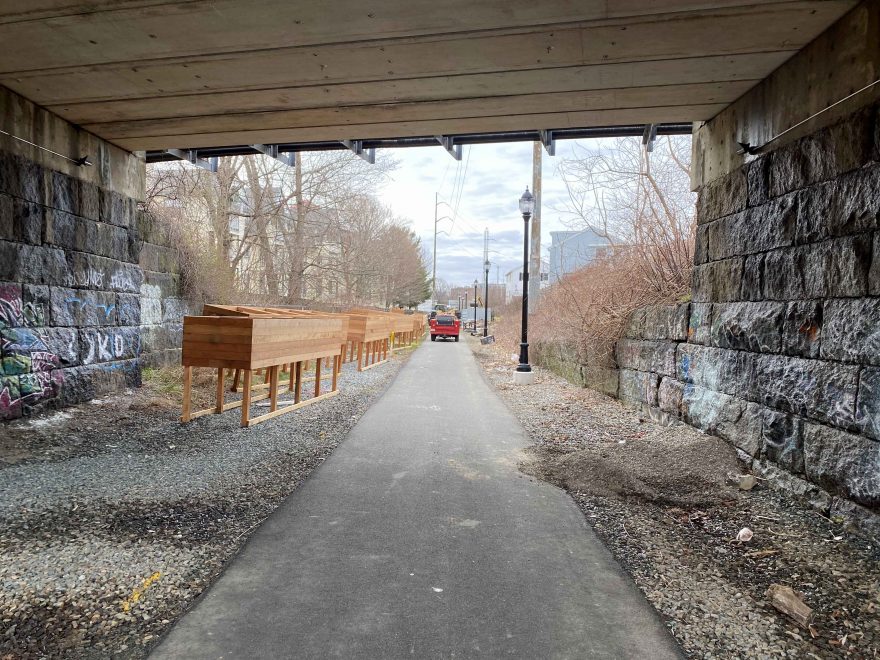 Work continues on the Northern Strand Community Trail in Everett, with landscaping, new lighting, the creation of new trail connections into the neighborhoods, and an extension of the trail at its current end from West Street/Wellington Avenue to the Encore Casino and adjacent Riverwalk. 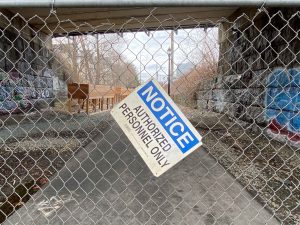 A small section of the end of the trail, from West Street to Waters Avenue, is blocked off until July 31 so that the work can be completed.

Period street lamps and water service for newly-built raised plant beds in the community garden area there are being installed. New trail connections into the neighborhoods at Elm Way, Parlin Street, Norman Street, and West Street/Wellington Avenue are also being added.

The trail extension to the casino and Riverwalk is expected to be finished by this fall.

“This work will allow will allow pedestrians and cyclists to bypass the dangerous Sweetser and Santilli rotaries and get direct access to the Mystic River waterfront,” Everett’s Transportation Director Jay Monte told the Everett Advocate in the March 26 edition. “In the longer term a future bridge over the Mystic River and reconstruction of Rutherford Avenue in Charlestown, which includes a dedicated bike path, will allow safe and direct access to downtown Boston and Cambridge.”

The project is being paid for by a combination of funds including City of Everett capital funds, a $375,000 grant from the Massachusetts Gaming Commission, and funds from the Massachusetts Executive Office of Energy and Environmental Affairs. The Gateway Shopping Center is helping to pay for the trail extension.