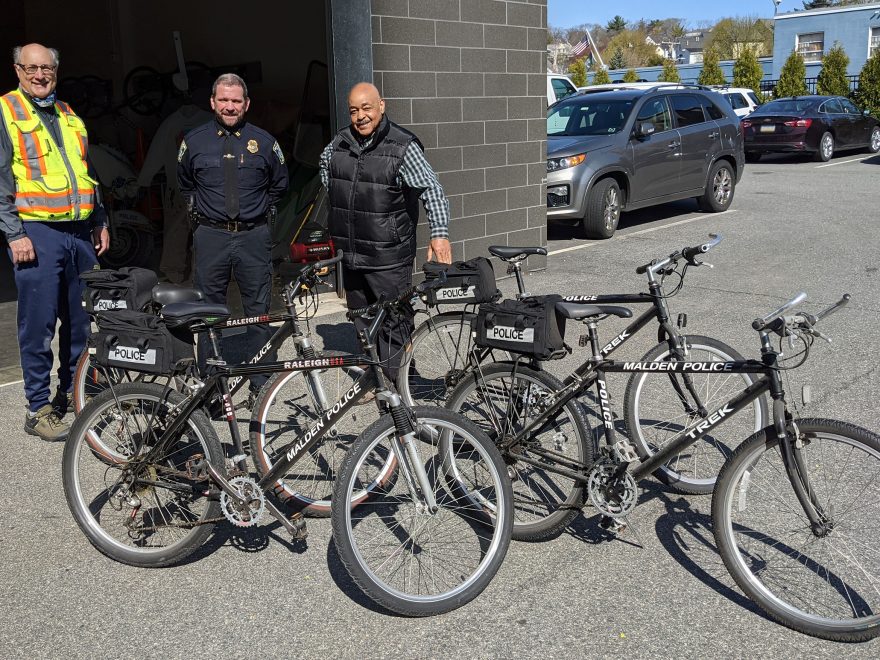 Bike to the Sea Executive Director Jonah Chiarenza met with Malden City Councilor Steve Winslow and Council President / Ward 7 Councilor Neal Anderson to collect four decommissioned police bikes from Malden PD for use as transport for Councilor Anderson’s “Community Parks Ambassadors Program.” B2C will be cleaning and tuning the bikes for use by Malden residents who President Anderson will work with to patrol and support safe use of community parks and trails, including the Northern Strand Community Path. Thanks to Malden PD Captain Glenn Cronin for coordinating the handoff!