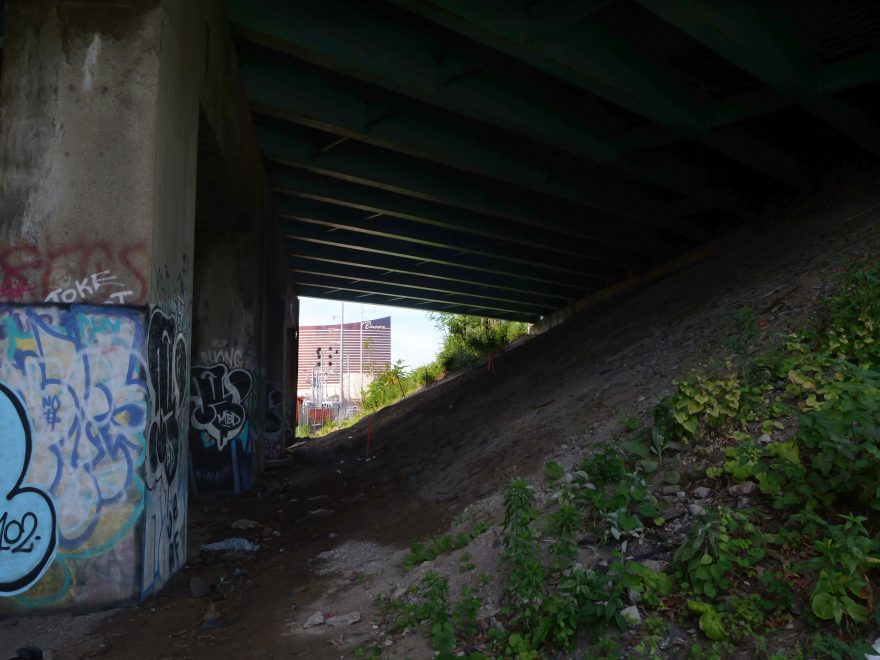 Construction work to extend the path in Everett under the Route 16 bridge was expected to continue this week.

Currently the paved portion of the trail stops at the Wellington Avenue intersection in Everett, just before the Route 16 bridge, and then continues after the bridge where a paved path will take you behind the Gateway Center strip mall in Everett, the location of Target and Home Depot.

This portion before and after the bridge is blocked off so that construction crews can work on widening and excavating the path. The prefab retaining walls that are already in place will also be used under Route 16 to shore up the earth which will remain against the existing bridge abutment.

Once completed, pedestrians and bicyclists will be able to travel through this area to the Gateway Center and Encore Casino. Work is expected to be finished by the end of this year. Eventually, this path is expected to be extended over the Mystic River to Assembly Row in Somerville and Boston. 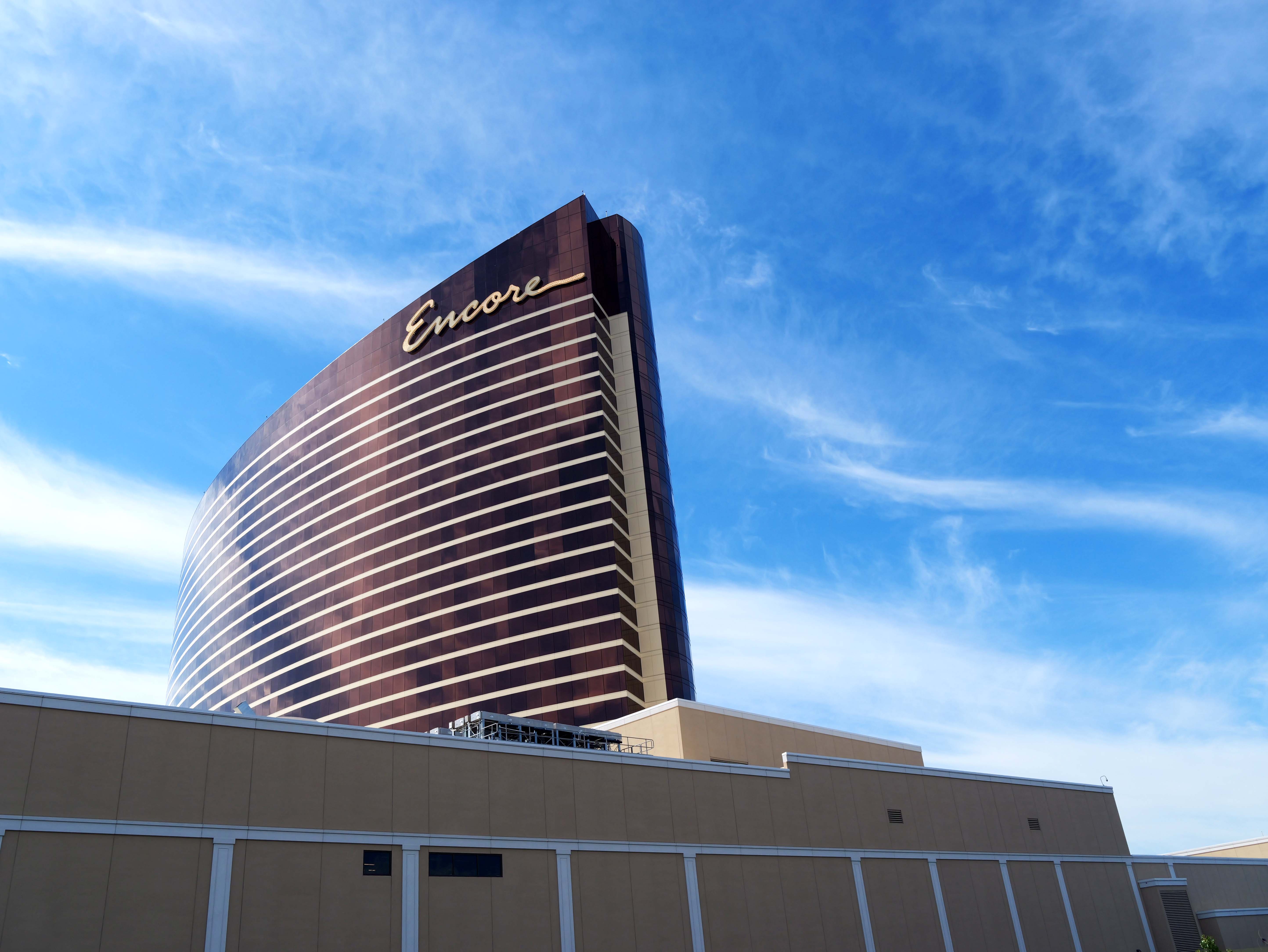 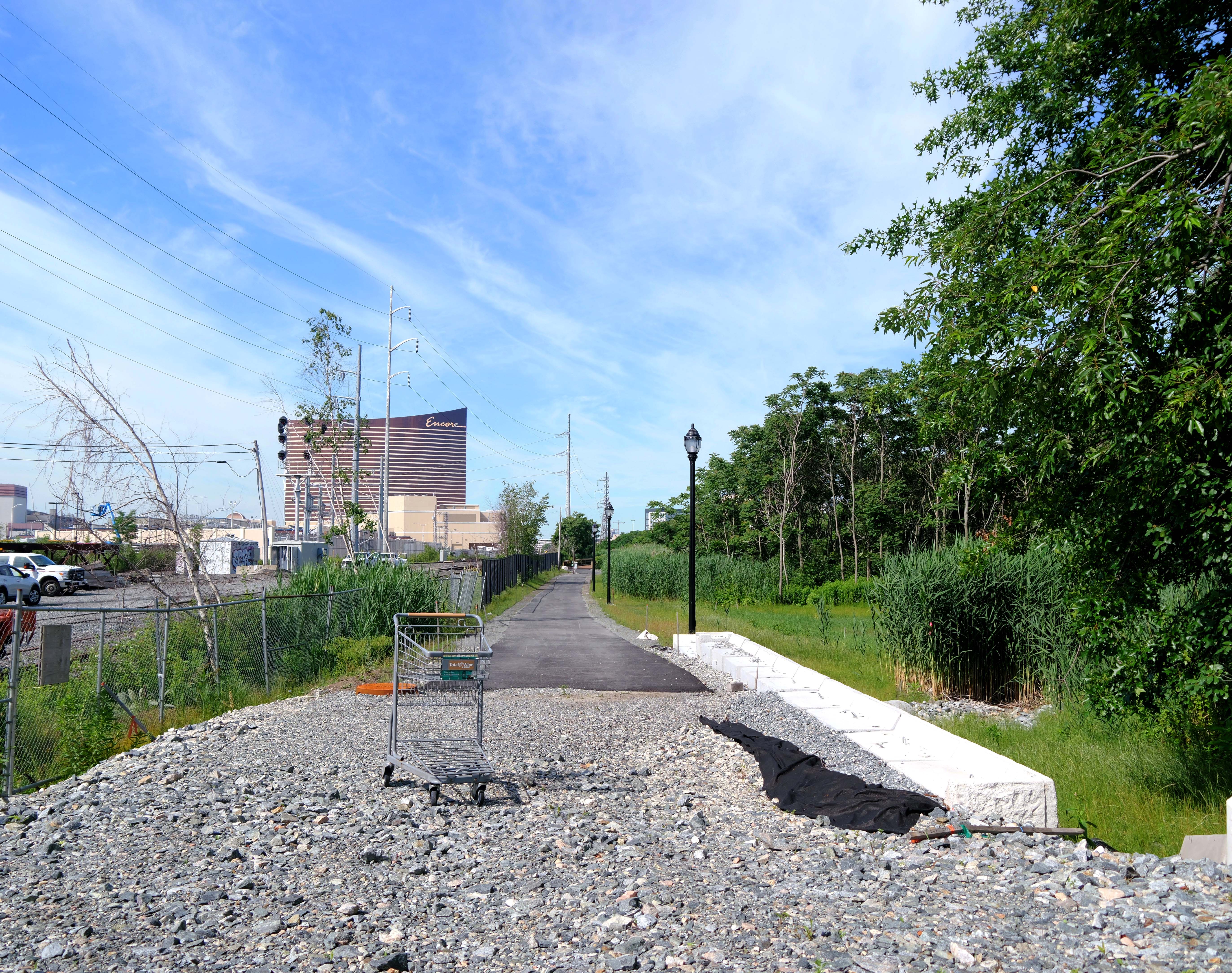 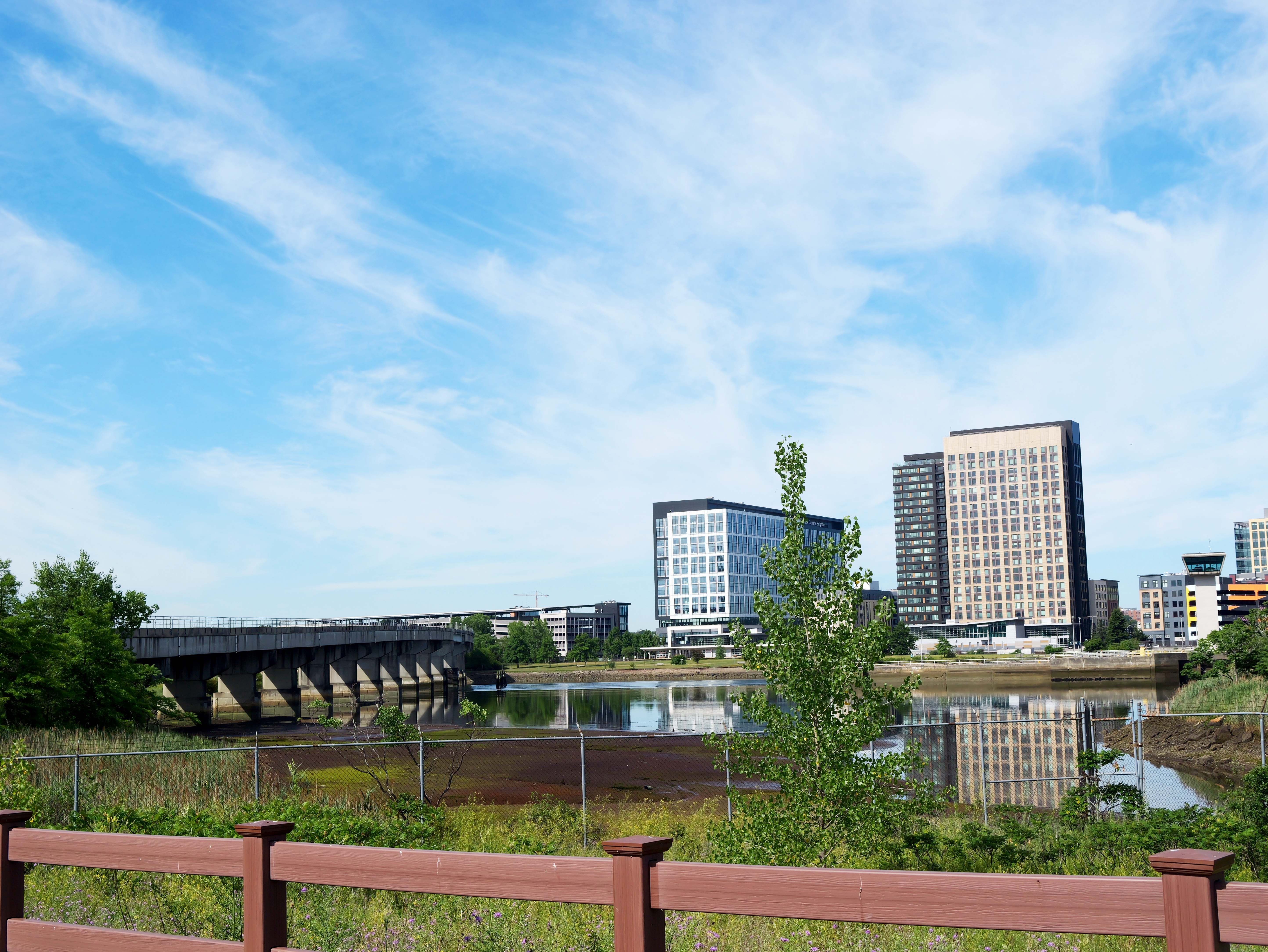 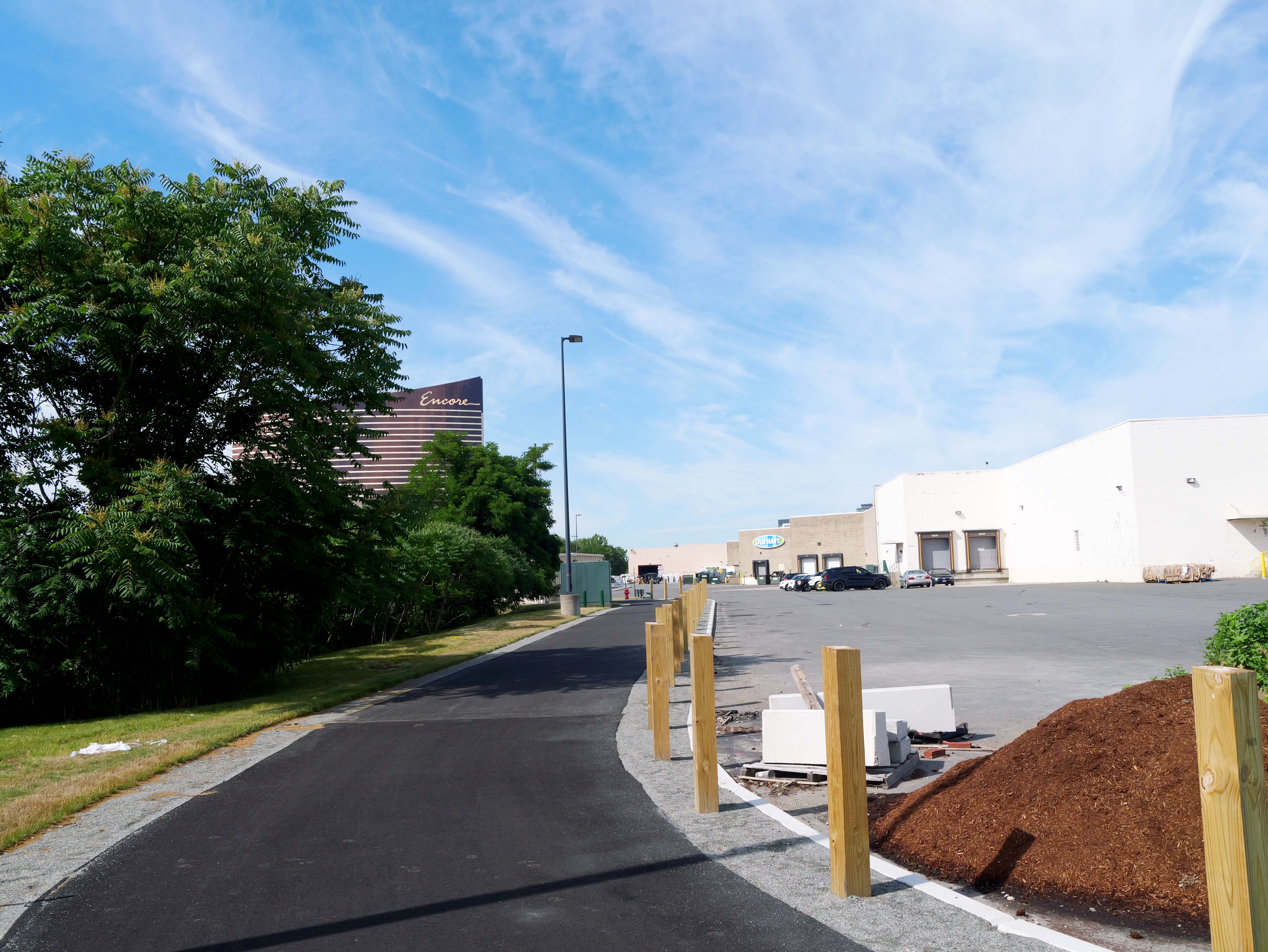 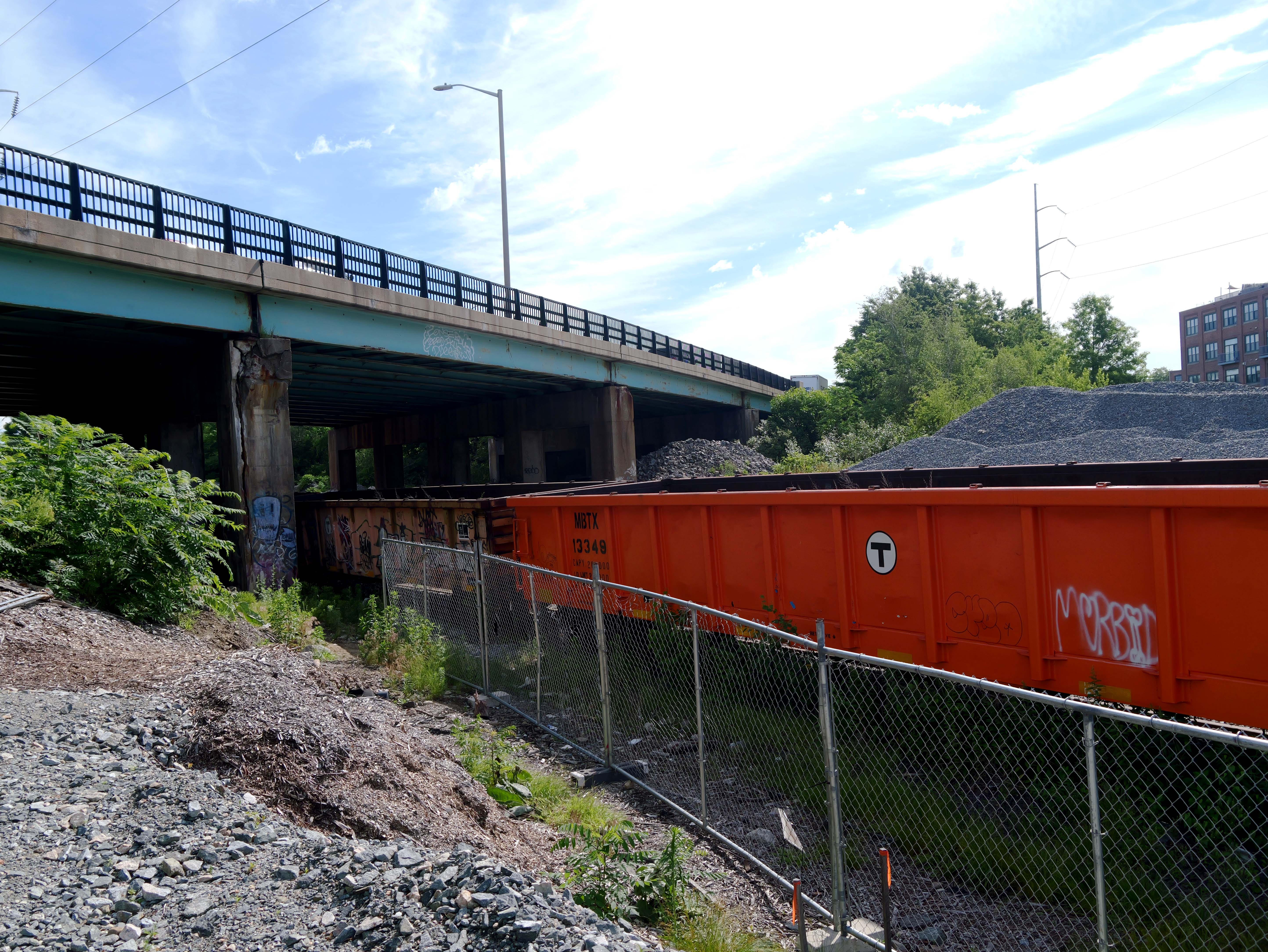 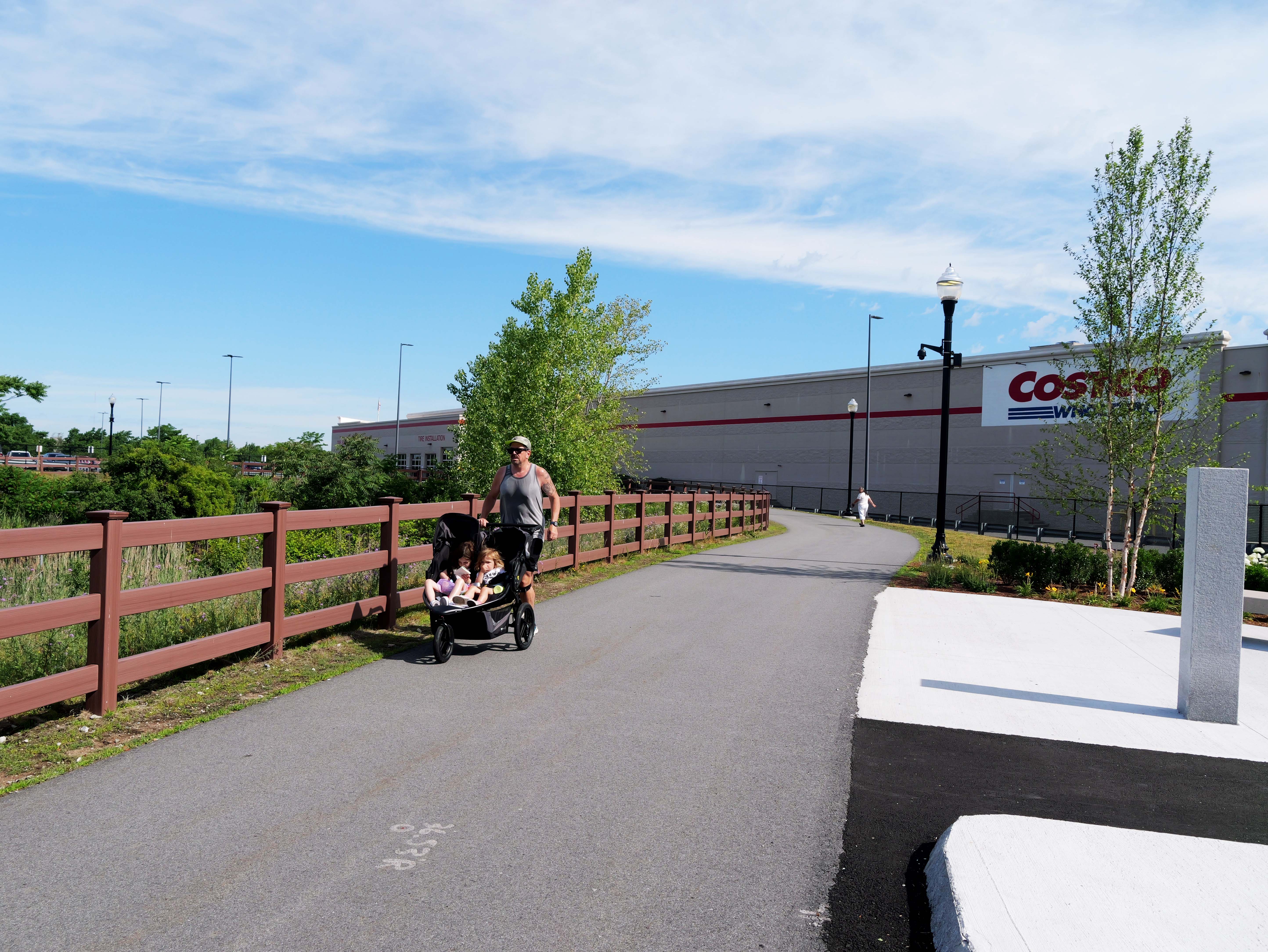 [Show picture list]
The Northern Strand Community Trail is now paved from Everett, through Malden, Revere, Saugus, and Lynn. Construction crews have been busy this year improving the trail, such as making road intersections safer with new traffic lights, painting new crosswalks and installing new amenities such as a bocce court in Revere and lookout areas with benches.