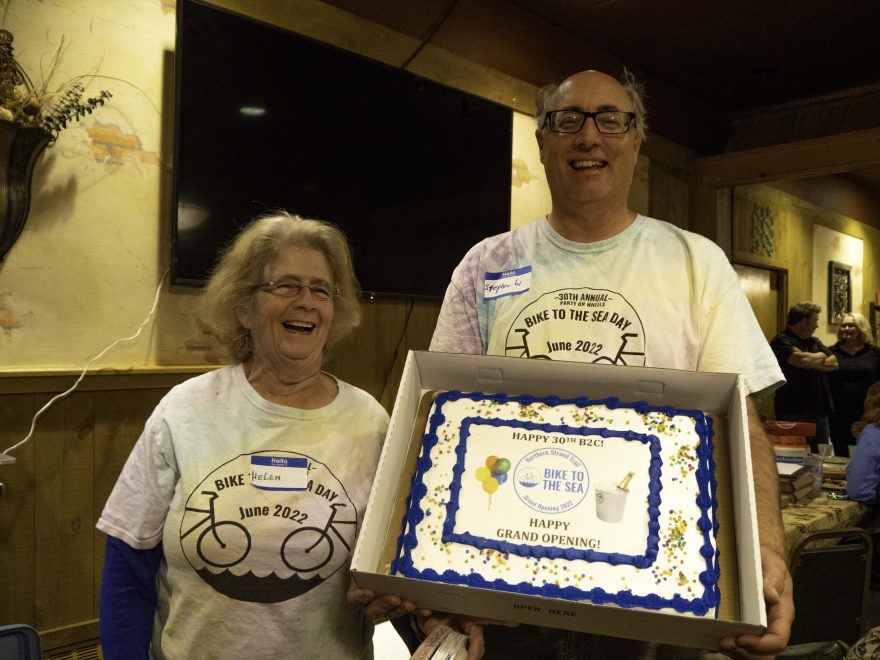 Bike to the Sea celebrated its 30th year and the official opening of the Northern Strand Community Trail at its annual dinner/meeting/party on Thursday, Nov. 8 at the Pearl Street Station Restaurant in Malden.

Bike to the Sea members have been working since 1992 to create the Northern Strand Community Trail, which now winds it way through Everett, Malden, Revere, Saugus, and Lynn. 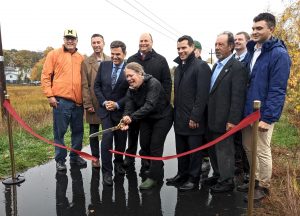 A ribbon cutting ceremony marked the official opening of the trail last month in Saugus near the Lynn line, which was the last part of the trail to be paved. The Northern Strand is part of the 3,000 mile East Coast Greenway, which will run from Maine to Florida, after similar trails are connected up and down the East Coast. 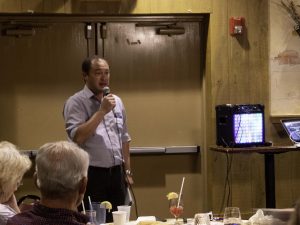 Ryan Chao, left, president of the Rails to Trails Conservancy, was the guest speaker and talked about efforts to build a network of connected off-road trails in New England and across the country, from Washington D.C. to Washington State.

The Northern Strand will soon connect seamlessly from where the paved trail ends near West Street in Everett to the Encore Casino once the Route 16 bridge is repaired so that the trail can be paved below. There are also plans to build a bridge from the Casino, over the Mystic River, to Assembly Row in Somerville. Bicyclists can now pedal via on-road paths from the casino to Charlestown.

Jim Tozza, one of the most active members of the group from the beginning, was honored for his years of service. He was a little emotional as he stepped down from the board this year. Other board members who stepped down this year were Jay Borden, Lia Downing, and George Wolfe.