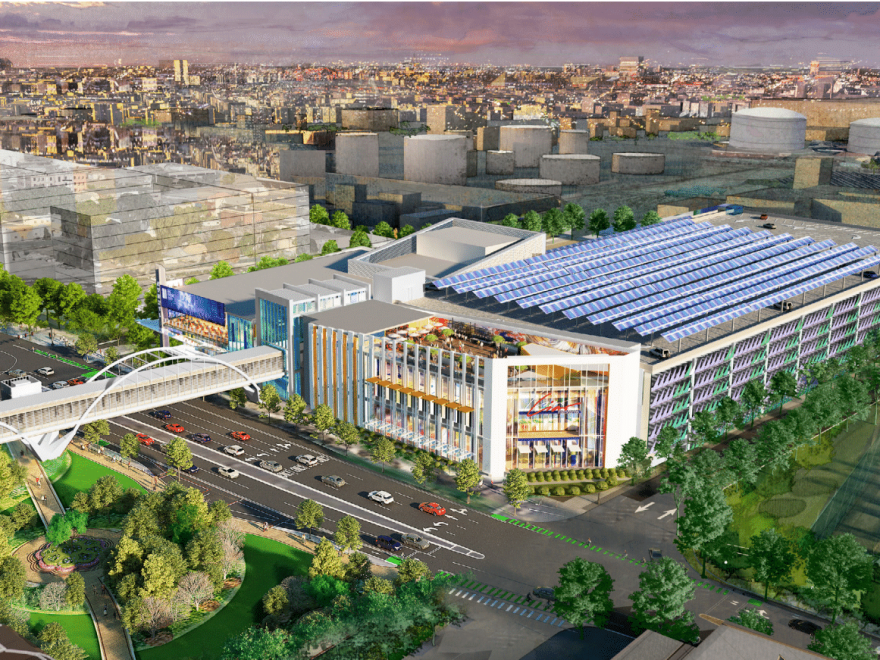 Above is a rendering which shows the proposed design for the “East of Broadway” project across the street from the existing Encore Boston in Everett. This proposal appears to remove a crosswalk and leave unprotected bike lanes, and add vehicle lanes for more traffic. The “mitigation” includes an enclosed pedestrian bridge between their buildings, completely disconnected from the public realm.

That’s the EXACT OPPOSITE of what this corridor needs! Tell the developer to work with the Cities of Everett and Boston to discourage an auto-dominated Broadway/Alford Street:

Prioritize separated bike lanes, add transit priority lanes, and implement speed management on this corridor. Improve surface connections to the new Northern Strand Trail extension behind Encore on the west side of Broadway, and the future Mystic River Pedestrian and Bicycle Bridge.

This will save lives and strengthen a crucial active transportation and transit route into Charlestown, Somerville, Cambridge, and Boston and create major link in the East Coast Greenway.

Bike to the Sea and other advocacy groups successfully lobbied for delineator posts on Alford Street during the Orange Line shut down.

Let’s keep the momentum going with even better lanes for people on bikes, all the way up Broadway and down Alford Street!